EDITOR’S NOTE: On the PULSE asked the Lycoming County commissioner candidates three questions pertaining to the county deficit, the drug epidemic and local opportunities for youth. We will publish their responses to one of the questions each week leading up to Election Day. This is the second week:

The drug epidemic continues to plague Lycoming County – primarily with heroin and now fentanyl, but also with cocaine and prescription drugs. What can county government do to assist in the fight against drugs?

“The county has limited ability. Those functions are handled by the city and townships. Our functions are to support the courthouse and prisons. I think the judges have done a pretty good job in dealing with the drug problem in terms of the GEO Reentry program, rehabilitation and, where necessary, prison time. I think we can assist them in providing the necessary dollars to do their jobs.

One area where the GEO program could be improved is by providing job placement opportunities … Once somebody has gone through the GEO program and has been rehabilitated we have to get them back into the workforce. We have to deal with a permanent solution to the problem. Job placement becomes a very critical element of that.” 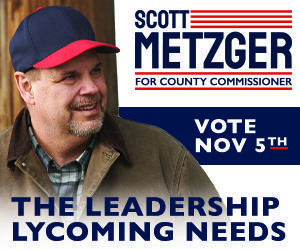 “I think this county has done everything it can do. And I’m to a tipping point of, ‘When is enough enough?’ There has got to be some accountability for the users. Although, I’m for a reasonable punishment, we should have more of a strict punishment on those who sell. We should have more of a fine on those who use. If you didn’t have the users you wouldn’t have the sellers.

This county has done tremendous work to help combat the opioid epidemic but I noticed it was on the incline again and I’m not sure how much more I’m willing to put into resources.”

“I think we have to rely on the district attorney’s office and the narcotics enforcement unit. I do think that the new district attorney will bring some changes and I know he’s really enthused about the NAU unit. From what I’ve seen, they’ve done a wonderful job of getting the drugs off the street. The funding for West Branch Drug and Alcohol gets a lot of funding through the courts. It’s education and corporations. I like the chief of police for the City of Williamsport. He seems like a hard-working down-to-earth guy.

I think that through education and law enforcement we can help.

A lot of programs in that area are controlled by the court. I think programs are successful and that’s great, but you always have to keep an open mind that things change and you need to decide how much money you want to put into a certain area. If you need to put more money into drug trafficking and awareness …

I’m willing to look at everything, but I think everything has to be on the table as far as what we can do. The court system has a lot of different treatment courts that they run. I think they need to be willing to consider all the options.”

“I worked in this field for 32 years and I saw firsthand. This is one of the things that I ran on. We have to put the dealers in jail. The users that we have identified need to help … “the communication between the commissioners and the courts is on life support.” there is one commissioner who has reached out and talked with the judges. We can immediately implement a program that can save $750,000

We can expand the bail program to get people out of jail on a monitor.

I think the drug problem is also tied to our county’s economic situations. I think we have to take a look in the mirror at where we are headed in our fiscal situations. This county was 64th in income growth and is 53rd in population growth. Don’t think the

We know that the drug problem permeates all classes and all raises, but I don’t think you can separate out issues of poverty and unemployment from the problems we have with drugs in our community …

We help provide tools that are needed for our police departments around the county so they can coordinate and work together. We obviously work with West Branch Drug and Alcohol, which works on warm handoff program to connect them with treatment.

As commissioners, we approved naloxone and made it available.

The county and government cannot solve the drug problem. Families have to have relationships with their children were issues of drug use are discussed …

We need to Invest in programs that help at-risk kids …

We need to look at how we spend our money.

We’ve spent over $3 million on GEO – $12,000 per person. I wonder if that is the best use of those $3 million. I believe the prison overcrowding is tied more to drug abuse.

I think we need to really look at how much we are spending on a per/individual basis and see if we would get a better bang for our buck by changing how that service is done, by taking it in-house or finding alternative places for some of our folks who have mental health issues in the jail …”

The candidates responses were copied verbatim, with the exception of paraphrasing for the sake of clarity and cutting excess verbiage to provide concise answers.

Despite officers’ concerns, council says transition of power in South Side purely budgetary

When Harry Houdini came to Williamsport

Breaking the Cycle: Keeping kids out of a life of crime