With lots of free time — and more work to do on a forthcoming under-the-radar movie book — Lycoming Critic’s Corner has been taking full advantage of YouTube.

Just to share the bounty, here’s a baker’s dozen of worthwhile movies now showing in their entirety — and entirely free! — on YouTube. Keep in mind: Most are older; quality can be iffy; and films are sometimes taken down off YouTube quite unexpectedly. 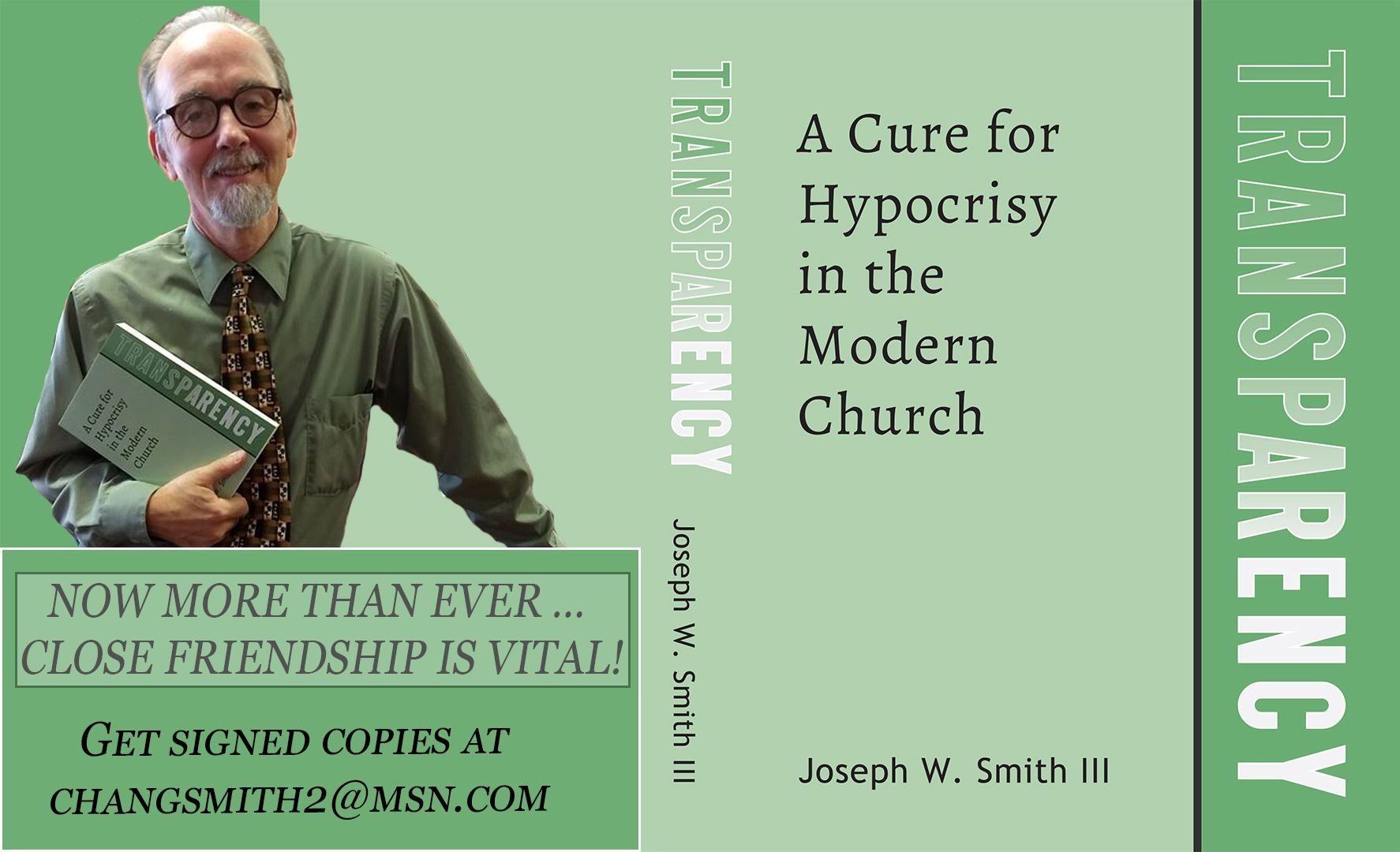 Her fiendishly clever plot has 10 unrelated people invited to a remote island, where they start dying one by one—each in a manner that reflects the lyrics in the famous nursery rhyme “Ten Little Indians” (it was one of the novel’s alternate titles). Yet somehow, as guests keep dying, it gets harder and harder to figure out who’s behind it—and why.

Featuring a bevy of accomplished British actors, this handsome version manages to inject a little humor into the grim proceedings—then boldly alters the ending so it isn’t quite so downbeat.

James Stewart plays a newspaper reporter digging into the case of Frank Wiecek, who’s done 11 years of a life sentence on what increasingly appear to be false charges. (He’s accused of having gunned down a cop in 1932.)

Though some details in the complex case were understandably simplified here, this is a true story—and it sure feels that way. Except for a couple of fiery speeches by Stewart, there are no histrionics; yet the film is consistently gripping, enhanced by the use of actual locations wherever possible.

Stewart is excellent; but the film’s best work comes from Richard Conte as the dignified Wiecek—and Kasia Orzazewski as Wiecek’s mother, who saved every penny scrubbing floors for years so she could offer a $5000 reward for Frank’s exoneration.

Except for the snow and the Dec. 23 setting, this Christmas chestnut hardly comes across as a holiday film—unless you notice the way it loosely modernizes Charles Dickens’s classic “A Christmas Carol.”

In this case, the cinematic Scrooge is a British bank manager who’s every bit as cold and hum-buggy as old Ebenezer himself. And then one busy business day right before Christmas, the usually cool Fordyce suddenly finds himself sweaty and unsure—victim of a carefully orchestrated plot to snatch nearly 100,000 pounds from his vaults.

Made on a modest budget by Hammer studio (best known for horror), this real-time drama confines itself to a single set. Its claustrophobic tension relies almost entirely on first-rate performances, highlighted by Peter Cushing in the lead.

Don’t expect the usual twists and turns found in so many in modern-day heist films; “Cash” aims instead at plain old-fashioned suspense and morality—both of which it hits with bull’s-eye precision.

You might consider introducing your kids to silent movies with this 58-minute farce in which a pampered millionaire (Harold Lloyd) falls for a lovely lass who works in a soup kitchen—and does his best to help with her unsteady clients. Charming, romantic and uproarious, it boasts nonstop sight-gags, corny jokes and jaw-dropping stunts; plus, unlike a lot of silent slapstick, it doesn’t have a mean or hurtful bone in its body.

When was the last time you praised the special effects in an 83-year-old movie?

Well, this tropic-isle epic from director John Ford—not to be confused with the similarly titled Denzel Washington film—is truly impressive in that category.

But … it starts out as an examination of colonialism and romance, with two young lovers broken up when the man (played by a handsome and athletic Jon Hall) is jailed after striking an abusive racist.

But the movie’s triumph is its astounding climactic typhoon. Using mostly practical effects, this sequence was filmed on a 600-foot-long island village built in the studio. Against this, technicians used airplane propellers to hurl 150,000 gallons of water amid 150-mile-an-hour winds. It took five weeks to shoot this 20-minute scene, and every minute effort is apparent onscreen.

Good performances all around—highlighted by Dorothy Lamour as the other lover, plus Mary Astor and Raymond Massey.

Matinee idol Tyrone Power, here near the end of his romantic heyday, plays against type as low-rent carnival worker Stan Carlisle. Pairing up with a midway mentalist (Joan Blondell), Carlisle learns a code that makes him look like an uncannily brilliant mind-reader. But since he’s also a serial heart-breaker, Stan steals the routine—and then also snatches the lover of a fellow-showman. He and the girl subsequently marry and run off to riches with their heisted act.

But that’s only half of this searing, carefully plotted drama.

Downbeat film is marked by a sobering conclusion, seedy setting and distasteful character, though all that is nicely counterbalanced by the lovely Coleen Gray, playing Stan’s wife—and by a profoundly moral storyline: As Stan refuses to heed warnings about playing God, it seems clear that God—along with Stan’s wife—is not too pleased with these inhuman aspirations.

This dark film noir nugget is about to get a lot more attention, since Guillermo del Toro is now remaking it with a strong cast: Rooney Mara, Bradley Cooper, Toni Collette, Cate Blanchett and David Strathairn.

Real-life story of legendary British soldier Charles Coward, who was taken prisoner by the Nazis during World War II.

While the truthfulness of Coward’s exploits have been called into question, the film does key successfully on his resolution to escape. Wikipedia claims he made at least nine attempts, including two before he even reached POW camp. These always-absorbing escapades are alternately frightening and comical: Sometimes Coward comes close to being shot, and then at another time he’s making mincemeat out of his stooge-like German captors.

Best of all, the acts of POW sabotage are both impressive and satisfying, including two spectacular train wrecks and a massive fire raging through the camp—because prisoners filled the fire buckets with gas!

That generic-sounding title gives no idea of the uniqueness, charm and intelligence in this Golden Age dramedy starring Cary Grant and Jeanne Crain.

Grant plays a genial physician with a mysterious past; struggling against comrades trying to dig up dirt, Dr. Praetorius takes under his wing a distressed young lady who has gotten pregnant of wedlock—and of course they fall for each other. So … is the film a rom-com? A mystery? A think-piece about medicine and the stigmas of single motherhood in the fifties?

The answer is yes.

Along with long thoughtful discussions (hence the title), “People” boasts effective romance; snarky dialog; model trains; religious hypocrisy; resurrection from the dead; a med-student orchestra which Grant conducts through Brahms and Wagner; lots of laughs; a loud but ultimately lovable collie; and a college inquisition that recalls the era’s anti-Communist witch hunts.

Directed by Joseph L. Mankiewicz, who himself had just tangled with HUAC; he was also fresh off the still-unequaled feat of winning successive double Oscars — two years in a row — for both writing and direction.

He might’ve deserved a third set for this one.

Based on a novel by best-selling phenom Alistair MacLean, this timely contagion tale may seem tame by today’s overheated action-movie standards; yet it is nonetheless an intelligent, handsome and sometimes scary thriller about the theft of two biological-warfare bugs from a government lab—one of which could wipe out humanity in a mere two months.

There’s atmospheric location filming, mostly in the California desert; a terrific Jerry Goldsmith score; convincing futuristic production design; cool Depatie-Freleng credits; a brief but truly rattling climax; and muscular acting from George Maharis (of TV’s “Route 66”) and Richard Basehart (of TV’s “Voyage to the Bottom of the Sea”). Plus: the lovely Anne Francis! Watch also for a young Ed Asner as the psychopathic henchman.

Silent-film genius Buster Keaton—in my opinion, one of American’s greatest directors—is well represented on YouTube these days. Honestly, you could cue up “The General,” “Our Hospitality,” “The Navigator” or “Seven Chances” (all free) and have a lot of fun.

But “Sherlock Junior”—perhaps his most acclaimed film—is 44 minutes of pure Keaton chaos, peppered with stunts that feel more like magic than cinema; especially breathtaking is the necktie-woman scene—where the star literally disappears after diving head-first into another actor’s stomach.

German film pioneer F. W. Murnau—who had such an influence on later directors like Alfred Hitchcock—can feel awfully slow to contemporary audiences. And indeed, this deeply moving tale, with a rural husband temporarily lured away from his wife by a seductive vamp, does take a while to get moving. But if you can spot Murnau about 45 minutes, you’ll be astounded how much emotional power the story accumulates—especially in its furious storm-at-sea climax. It’s also very funny in spots; and romantic! Note especially how the chastened husband does eventually get all the joys the seductress promised—but in a much more lasting and legitimate fashion.

Considered by some the greatest product of the silent era, “Sunrise” stars Janet Gaynor, who successfully transitioned to sound with the first version of “A Star Is Born” (1937).

David Lean is best known as director of classic literary adaptations (“Oliver Twist,” “Great Expectations”) and sprawling historical dramas (“Doctor Zhivago,” “Lawrence of Arabia,” “Bridge on the River Kwai”). By contrast, this quiet family drama purports merely to convey what life was like in Britain between the world wars; with a script based on a Noel Coward play, it does exactly that—through the lens of a working-class family in South London.

Filmed in handsome Technicolor, “Breed” benefits from Lean’s careful camerawork—not to mention his masterful managing of several strong actors: Celia Johnson as the mother; Kay Walsh and John Mills as frustrated would-be lovers; and especially Robert Newton as the paterfamilias. The two scenes in which Dad counsels his son are masterpieces of sincerity and understatement.

A lovely and unique film; I can’t think of anything else from its era that is even remotely like it.

A young Ben Kingsley and a fine Glenda Jackson—both still soaring from earlier Oscar wins—play modern-day Brits with a fondness for visiting sea animals at the zoo. Striking up a friendship, they also connect with a kindly staffer who confirms that the turtles have been there 30 years and are outgrowing their tank. What’s more, he’s willing to help set the creatures free—if the pair provide transport to the Devon coast.

Performances and dialog are palpably real, and the movie never overplays its hand—especially in what we might expect to develop, romantically, between the two leads. Working from a book by award-winning novelist Russell Hoban, screenwriter Harold Pinter has something else up his sleeve, bringing a bit of magic into these otherwise hum-drum lives.

Perhaps this film—and some of those others above—will do the same for you.

Coroners seek to learn more about COVID-19 through testing deceased

Poems of a Recovering Addict: He stomped on her heart

‘The best in all of us’: How one man led a school district through the pandemic

Penn College to ‘press pause’ on vaccine mandate for employees